POPULAR UTILS
Home Do You Know ? Negative Effects Of Gadgets 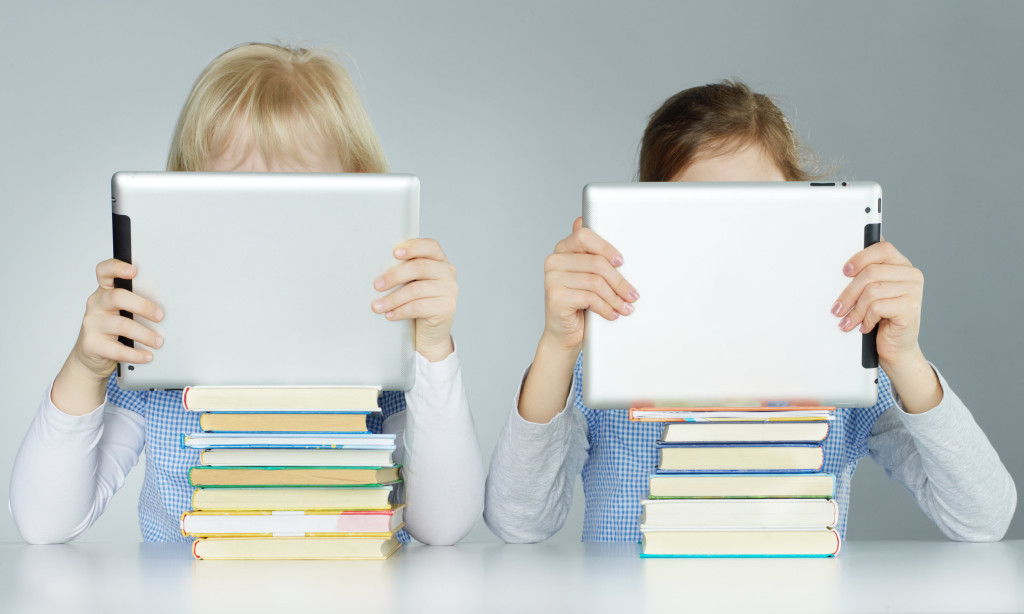 When we talk about gadgets, we talking on mobile phones, computer, laptop, tablets, ipod, games,  smart watch and lot more gadgets available now days. No doubt, these gadgets very useful and they makes our life so easier. But we should know all this technology  harmful to our health.

Several scientific experiments says that children spend most of their time on different gadgets like mobile, computer, laptop, TV, games, Xbox, iPod and stereo system . Kids use gadgets for various purposes like playing games, watching videos, listening songs, chatting with their friends, browsing different websites. During these activities they don’t pay attention to their posture, screen brightness, and screen distance from their eyes and important thing is, they don’t spend time on physical activities. All these things affect their vision and health badly.

This is one of the main reasons why children should not be given any gadget until they reach a certain age. Sleep disorders are caused because of the constant use of gadgets.

Do you have a constant itch in your eye? If you do, then it is because of the strain you put on your eyes. The constant strain leads to a dry eye which in turn leads to multiple eye infections.

It is believed, according to experts, that 85 decibels could turn the microscopic hair of the inner ears into scar tissue if done habitually. This is one of the main ways how gadgets affect your health.

Using a cellphone for more than 18 hours in the day can decrease the production of sperms in a man. This is one of the negative effects of using gadgets.

You Should Also Read :  Top 10 Health Benefits of Turmeric

One of the negative effects of gadgets on your health is during pregnancy. The radiation from the gadget slows down the rate of brain development of the foetus and may even lead to hyper activity.

One of the effects of use of gadgets on your health is multiple back pains. As you are constantly engaged on the gadget in a sitting up posture, it affects your back.

Ionising radiation is a cancer causing agent. This radiation leads to cancer like leukemia, skin, thyroid, breast and stomach cancer.

The constant use of a gadget during the day could make your elbow become sore which in medical terms is called Tennis Elbow. It usually occurs when there is no proper blood circulation in the region.

Bad Effects Of Gadgets on Children

First lets we know difference between the speech and language. Speech refers to verbal form of communication used by humans, and language refers to the whole system of communication spoken or written, verbal and nonverbal. A child with a language delay might pronounce words well but only be able to put two words together. A child with a speech delay might use words and phrases to express ideas but be difficult to understand. Speech delay, also known as alalia, these two problems often overlaps. Many researchers have studied this and also concluded many theories about it. By using s screening tool, researchers studied that the more time children spends on smart phones, tablets and electronic games and other handheld devices the more likely the child have delays in expressive speech. Children will learn to talk and communicate through interactions with others. This is the way how they will learn to communicate well if they r not communicating they are not learning.

Attention deficit Hyperactivity Disorder (ADHD) is a mental disorder. It refers to problems like paying attention, excess activity or has difficulty controlling behavior which is not appropriate. This can occur in children and cause them to be fidgety, unable to focus, restless and easily distracted. This change in behavior can cause problem at school or at home as well.

Children learn lot of things before the age of five even toddlers learning perspective is much faster than children. If they are using gadgets their time to communicate with their parents and learning is bounded. They need proper time talking with their parents so they can learn new words and how to communicate. They need their parents not gadgets. Also exposure of theses gadgets are linked to cognitive delays and impaired learning. Researchers at the University of Washington reveal that modern gadgets are not necessary in child development.

Anxiety is a fear about future events and reaction to current events. These kinds of feelings may lead to various physical symptoms, like shakiness and fast heart rate.

This phase is usually harmless and temporary but children who are suffering from anxiety experience nervousness, shyness and fear. They try to avoid people, places and activities. Child shows aggression or appears tense when they can’t get online and this feeling magically goes when their devices are given back.

Childhood depression is very common and severe medical illness that negatively affects child behavior. The way they think and act. Too much gadget use introduces depression in children of certain ages. It also leads mental health issues in children in childhood and adolescence. They may act depressed or we can see worst of these symptoms in a couple of days.

You Should Also Read :  Best Remedies for Pimple Free Skin

Set time for using screens: Restrict the amount of time children spend on gadgets and don’t allow them to use after their time is finished. Also limit the time of watching TV. Small children can use gadget an hour a day and two hours a day for school going children.

Make them play outside: Encourage your children to play outside with their friends and siblings. So they learn to interact and communicate with other children. Its far better to play with pets like cats, dogs and other kids rather than watching any animated movie. It also helps in exercising long distance vision and lessens the chances of myopia.

Gadgets as babysitters: It’s not a good idea to keep your child busy with gadgets so can do whatever you want to do in peace, instead keep them occupied with other creative toys, story books, puzzles, coloring books.

Ensure adequate sleep of your child: Children must have enough sleep for about 10 hours a day. Good sleep also helps recover from eye strain and for efficient working of brain. Good sleep is also necessary for good health.