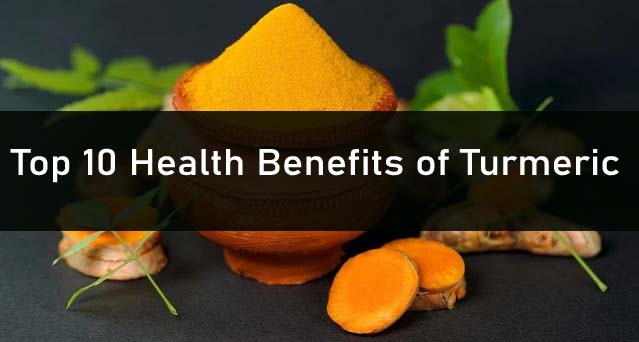 Turmeric, sometimes called Indian saffron or golden spice, is a tall plant that grows in Asia and Central America.

Turmeric is a spice derived from the turmeric plant. It is commonly used in Indian, Southeast Asian, and Middle Eastern cooking. You probably know turmeric as the main spice in curries. It has a hot, bitter taste and is often used to flavor or color curry powder, mustard, butter, and cheeses. But turmeric root is also widely used in making medicine.

Turmeric is commonly used for conditions associated with pain and inflammation, such as osteoarthritis. It is also used for hay fever, depression, high cholesterol, scurvy, and itching

Several high-quality studies show that turmeric has major benefits for your body and brain. Many of these benefits come from its main active ingredient, curcumin.

What are turmeric and curcumin?

Turmeric has been used in India for thousands of years as both a spice and a medicinal herb. Recently, science has begun to support traditional claims that turmeric contains compounds with medicinal properties.

These compounds are called curcuminoids. The most important is curcumin.

Curcumin is the main active ingredient in turmeric. It has powerful anti-inflammatory effects and is a very strong antioxidant.

According to the National Nutrient Database of the United States Department of Agriculture (USDA), one teaspoon (teaspoon) of turmeric powder contains:

The immune system is responsible for protecting the body from pathogens that cause disease and infection. Turmeric has been shown to be one of the best foods for reducing the risk of falling ill, maintaining, protecting and boosting immunity. Turmeric has antiviral, antibacterial and antimicrobial properties.

You should read : Immunity Booster Foods and Fruits | Fight with Corona Virus (Covid19)

Turmeric can reduce pain and is used as a pain reliever for arthritic pain. It has been studied in several trials, especially for patients with arthritis.

You Should Also Read :  Clean Your Stomach Dirt - Effective Way

Studies seem to support turmeric for pain relief, with one study noting that it appears to work as well as ibuprofen (Advil) in people with arthritis in the knees.

Turmeric has been gaining attention lately due to its antioxidant abilities.

The antioxidant effect of turmeric appears to be so powerful that it may prevent your liver from being damaged by toxins. This could be good news for people who take stronger medications for diabetes or other health conditions that can damage their liver from long-term use.

Curcumin (main ingredient of turmeric) can improve and boost levels of the brain hormone brain-derived neurotrophic factor (BDNF), which promotes the growth of new neurons and inhibits many degenerative processes in the brain. Therefore, turmeric has been used in an effort to prevent diseases such as Alzheimer’s disease.

There is increasing evidence that curcumin can cross the blood-brain barrier and may help protect against Alzheimer’s disease. It works to reduce inflammation as well as build up of protein plaques in the brain that are characteristic of Alzheimer’s disease sufferers.

You should read : How to Improve Brain Health ? Tips for Healthy & Fit Brain

There is some evidence that curcumin may help with depression and mood disorders. Turmeric supplements reduced depression and anxiety symptoms and depression scores in multiple trials. Scientists are excited about curcumin’s potential to ease depression and help antidepressants work better.

You should read : How to overcome depression?

You Should Also Read :  How to Relax Your Mind & Reduce Stress

Turmeric adds flavor to food, which explains its presence in curry powder. Although turmeric can also play an important role in digesting that food.

The spice may contribute to healthy digestion as a result of its antioxidant and anti-inflammatory properties.

Turmeric is used in Ayurvedic medicine as a digestive healing agent. Western medicine has now begun to study how turmeric may help with gut inflammation and gut permeability, two measures of digestibility.

7.  Lower the Risk of Heart Disease :

Curcumin plays a major role in the prevention of heart disease. Its antioxidant and anti-inflammatory properties may improve the function of the endothelium. In addition, it lowers the level of low-density lipoprotein (LDL) or “bad” cholesterol. This can help reduce the risk of developing heart disease and even stroke.

The main benefit of curcumin when it comes to heart disease is improved function of the endothelium, the lining of your blood vessels.

Endothelial dysfunction is a major driver of heart disease. This occurs when your endothelium is unable to regulate blood pressure, blood clotting, and many other factors.

Cancer is a disease characterized by uncontrolled cell growth. There are several different forms of cancer that are affected by curcumin supplements.

Because curcumin can help fight inflammation and keep blood sugar levels stable, it may be a useful tool for preventing or treating type 2 diabetes. One study followed 240 adults with prediabetes and found that taking a curcumin supplement over 9 months reduced their chances of developing diabetes.

Since its relative ginger is a well-known natural headache remedy, it’s no surprise that turmeric is also recommended as a headache treatment—especially for migraines.

Studies have suggested that curcumin has a protective effect against skin-damaging chemicals and environmental pollutants.

Curcumin protects the skin by fighting free radicals and reducing inflammation. There is also evidence to suggest that curcumin may help with the following skin conditions:

Acne is a common skin condition characterized by blackheads, whiteheads and pustules. A skin cream containing curcumin could potentially be used to regulate skin sebum production, which may help people with acne.

Vitiligo is a condition that causes depigmentation of the skin, resulting in white patches on the skin. In some cases, curcumin may inhibit oxidative stress in the epidermal skin cells that are responsible for the production of melanin.

Melanoma may benefit from curcumin treatment. Curcumin is thought to cleave inactive cellular components. It may also inhibit the growth of melanoma cells and the progression of tumors.

Scleroderma causes the immune system to attack otherwise healthy connective tissue, resulting in scarring. This scar usually occurs under the skin and around internal organs and blood vessels.

The positive effect of curcumin on scar formation is believed to help manage the effects of scleroderma.

Psoriasis is a chronic inflammatory skin and joint disease that has been linked to an increased risk of heart disease.

Curcumin is thought to inhibit the immune pathways responsible for psoriasis.

The most well-known health benefits of turmeric are its anti-inflammatory and antioxidant properties, which gives it the power to reduce inflammation and pain in conditions such as arthritis. Inflammation is a very common cause of pain and discomfort. It may also contribute to the development of certain diseases. Using turmeric reduces the risk of side effects of taking prescription anti-inflammatory drugs.